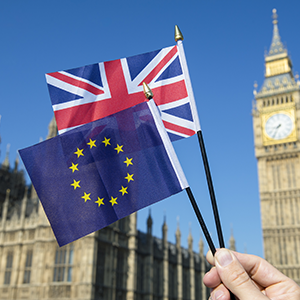 A lot has happened since the June 24th referendum in the UK to leave the European Union. Surprisingly, there may be more uncertainty now than there was immediately following the vote three months ago.

We’ve since gotten a new Prime Minister, Theresa May, who has formed a government department to manage the negotiation process with the European Union - dubbed “The Three Brexiteers.” The principle architects for the Brexit negotiation are David Davis, the Secretary of State for Brexit; Liam Fox, the International Trade Secretary; and Boris Johnson, the Foreign Secretary.

So, now that we have some clarity on who will be in charge of negotiating the terms of Britain’s exit from the European Union, we should know how the process will unfold and what impact this will have on UK, European, and global businesses, right?

In the context of international trade, Brexit could come in many forms for traders. While the UK has not signalled what its official negotiating position will be once Article 50 is triggered and negotiations begin, there are four possible options for how the UK’s trade relationship with the European Union could unfold.

Regardless of the negotiation outcome, we know for certain that, until the Brexit process is concluded, the European Union’s Union Customs Code is still the regulatory basis for trade activity within the United Kingdom. In the meantime, we’ll keep you updated as our Three Brexiteers fight forward.

[1] The ATR Certificate is an EU form used to support any claims for preferential tariff treatment for goods moving between the EU and Turkey. For more information regarding the EU-Turkey Customs Union and the ATR Certificate, contact Matt Springate at matthew.springate@tradewin.net.