Importers seeking refunds of section 301 duties for exclusions that were issued after the subject entries have liquidated and after the protest period has expired may have difficulties in recovering those duties through any existing post-entry mechanism. One importer has even filed a suit at the Court of International Trade to compel CBP to reliquidate such entries so that they can benefit from the exclusions, but the result of that case is unknown at this time.

END_OF_DOCUMENT_TOKEN_TO_BE_REPLACED

When it comes to compliance, there are a multitude of things to juggle. I’m often asked for a link to one government site or another and there are certainly hundreds of sites to choose from.

Sometimes you can’t see the forest for the trees.  Here is a list of websites that contain some basic guidelines for a laundry list of compliance issues.

END_OF_DOCUMENT_TOKEN_TO_BE_REPLACED

Section 301 Duty Recovery in a Pandemic

It’s been an extraordinary year in international trade. Higher duties, more complex supply chains driven by trade actions, and a pandemic that has left many businesses understaffed in important areas.

END_OF_DOCUMENT_TOKEN_TO_BE_REPLACED

The “encouragements” that Adam Smith refers to are none other than Duty Drawback. In the United States, drawback has been a fixed part of trade policy since 1789 when the Founding Fathers understood that a thriving domestic economy required robust international trade.

By allowing exporters of products to draw back duty imposed upon its initial importation, it puts those exporters on an equal footing with their overseas competitors.

END_OF_DOCUMENT_TOKEN_TO_BE_REPLACED

Duty Drawback – Not Just for Returns 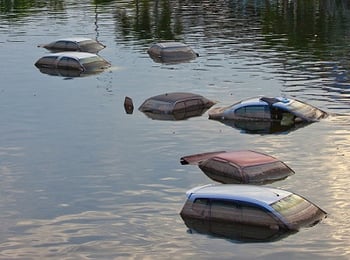 Fancy cocktail toothpicks, yoga pants that do not leave much to the imagination, cell phone cases that are no longer in style, and cars that were washed and detailed by Hurricane Sandy while waiting at the port are just some of the items that were imported into the U.S. with the intention of being sold. Instead, they were disposed of and drawback claimed on the duties and fees paid.

People usually think of Drawback as merchandise that is imported duty paid, then exported without entering the commerce of the U.S. However, if the merchandise is not sellable due to damage or defect (or poor taste) the merchandise may be returned to the foreign vendor or destroyed in the U.S. and a claim for drawback of duties paid can be filed. Often it is more cost effective for a foreign supplier to write off the merchandise as a loss and pay for a destruction rather than bear the costs of shipping the items back to the country of origin. This is most common when the items are damaged beyond repair (water-filled automobiles), seasonal (holiday sweaters) or just plain out of date (last years’ cell phone case).