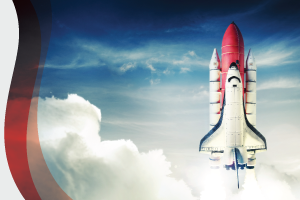 The UN Convention on Registration of Objects Launched into Outer Space defines a "space object" to include component parts of a space object as well as its launch vehicle and parts thereof.  All well and good for keeping track of things floating around in the stratosphere, but what if you made your space object here in the US using imported (read “duty-paid”) components.  That space object lifts off, and there go all those dollars in duty payments.  Can you get any of that back?

Drawback is a refund of duty paid on imported merchandise that is linked to an exportation of an article.  Does “lift-off” equal “exportation”?  Using the definition in the Export Administration Regulations, it looks like “export” means an actual shipment of items out of the United States.  On the other hand, NAFTA considers goods taken from outer space by a person of a NAFTA country to have been Wholly Produced or Obtained in that person’s country.  Does that mean that something in space could still be considered inside the country?

Under Customs regs, “exportation” means a severance of goods from the mass of things belonging to this country with the intention of uniting them to the mass of things belonging to some foreign country.  The United Nations Office for Outer Space Affairs treaties provide for non-appropriation of outer space by any one country.  Might we consider “space” to be the province of many nations?  Is simply launching a satellite with an intent to unite it with other nations of the world sufficient to treat the launch as an exportation?  Is it relevant that some of those satellites are cruising around 21,000 miles from Earth – is that “severed” enough?

Ahead of its time, Customs ruled on this issue in 1968.  Reasoning that the satellites will be orbiting 22,300 miles above the earth's surface, well beyond the legal and physical jurisdiction of the United States, that they will be in international territory under the control of an international organization whose membership includes 61 foreign countries, and that if they should fall from orbit, they would disintegrate, CBP said - they’ve been exported.   Apply for your duty drawback.