Do You Value Royalty? 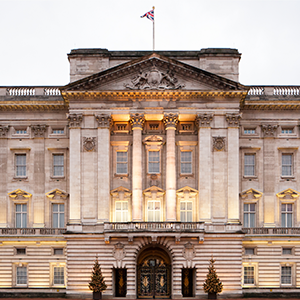 Obviously, there’s a lot to know about the Royals. They are inescapable if you live in the UK. The Queen is on all of our money; we pay taxes and import duties to Her Majesty’s Revenue and Customs (HMRC). Heck, I even pulled all those facts off of royal.gov.uk.

As a trade consultant, the Royal family is not the only kind of royalty I am interested in. There is also plenty to know about Royalty Payments and how they impact the declared value of goods when they are brought into the European Union.

In fact, the UCC, which replaces the Community Customs Code (CCC) and comes into effect on May 1st, 2016, is broadening the rules surrounding how dutiable royalty payments are.

The language change under between the CCC and UCC is subtle, but it could have a big impact on dutiable value. Under the CCC, a royalty fee is dutiable if it (1) must be paid as a condition of sale of the imported goods, and (2) relates to the imported goods. Under the UCC, clause 2 is removed.

In the past, Customs authorities did not consider royalty payments that had to be made to third parties as a condition of sale for importation to be dutiable if the third party was not related to the seller.

What does this mean for importers now? Under the UCC, the relationship between the third-party licensor and seller is not taken into account. Rather, the UCC states that, ‘royalties are dutiable when the goods cannot be sold to, or purchased by, the buyer without payment of the royalties or license fees to a licensor.’

Just like with the Royal family, when it comes to royalty payments, relationship is everything.

If you are interested in learning more, or if you just want to learn more fun facts about Queen Elizabeth, reach out to Tradewin - we got you covered.