Who Knew China Was a Developing Country in 2013? 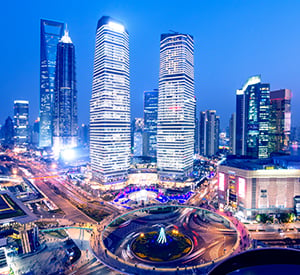 China has been included in the Canadian General Preferential Tariff (GPT) treatment since its inception in 1974. GPT was put in place to allow Canadian importers access to products from developing countries at a reduced duty rate to help stimulate the developing country’s economy. Wow!! I would say it worked for China.

A little history lesson. Back in 1974 we were entertained by best picture Oscar winner The Sting. “The Way We Were” was the number one song on the top 100. “The Streak” was number eight. The what? Don’t ask.  The best-selling North American car was the Ford Pinto leading the way with explosive sales. China’s Gross Domestic Product (GDP) was about 45 billion.

In 2013, China represented 14.9% of the world’s economy and Canada a mere 2.9%. So, the Canadian government announced in their 2013 Federal Budget that some of the countries eligible for the benefits of GPT would be removed from the agreement. The most notable one being China. These changes will be effective January 1, 2015. When this was announced we talked with many importers who were asking if they could protest this. The Canadian government offered importers an avenue to state why this was not a good thing for Canada. Not many Canadian importers argued this point.

In fact this change will probably be good for Canada. Perhaps we will see an increase in NAFTA imports or from developing countries who actually need our help. Trade between Canada and China will still remain quite robust, but as an importer there are a few things you need to do:

The world of trade is constantly changing. As an importer or exporter it is in your best interests to keep on top of these changes. I still talk to importers who have not planned for the changes coming to GPT next year. Hopefully you are not one of them!