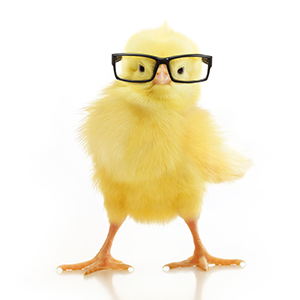 There seems to be a lot of chicken littles out there shouting that Trade is “falling”. The hyperbole and rhetoric during the campaign likely awoke and frightened the trade chicken littles.

Global Trade and the underlying “deals” are not single looped knots in a child’s shoe, which can be undone with a single pull of a loose end. They are more akin to a Gordian knot which are difficult to undo and when trying to unravel often lead to unintended consequences.

NAFTA could use an update and refresh and I suspect this is when the new deal will be done, perhaps with a trophy concession as well. It is interesting that almost all commentary is focused on the impact between USA and Mexico, with little said about Canada.

If NAFTA is undone, how long before China pays Mexico a visit with a long term investment plan?

NAFTA is here to stay, but likely to get a fresh coat of paint and maybe a new “curb appeal”. The TPP also seems to be at death's door based upon all the noise. Yet Japan just ratified and signed the agreement.

Why would they do that if their most vital and strategic security partner is declaring the TPP dead on arrival?

The TPP is more than a trade deal. It is a forceful move by the USA and our trade allies in the global chess game going on for control and influence in Asia between China and the USA. Perhaps President-elect Trump will extract more value from our trade allies. For example, more Japanese auto plants opened in the USA in exchange for the USA ratifying TPP. This is another way for our trade allies to pay for the USA security blanket.

The rhetoric during the campaign was static on the radio and as this administration settles in and fine tunes its message our trade negotiators will see that trade is more than the exchange of goods and services, it is also the trump card of the free world.

If you have any questions on how this may effect your business, please feel free to reach out to our trade consultants at Tradewin.

Phil Coughlin has served over thirty years in the logistics industry. Phil joined Expeditors in 1985 for the opportunity to grow a strong logistics business with close friends and business partners. As the President of Global Geographies and Operations, Phil is responsible driving uniformity and consistency across Expeditors’ global operations. He is also tasked with strategic alignment of each geographic region. In addition to the vast amount of logistical expertise that Phil has gained over the last thiry years, he also earned his Bachelor of Arts from the University of Illinois and a Juris Doctor from The John Marshall Law School. Phil is based at Expeditors corporate headquaters in Seattle. He enjoys reading and is activley involved in various sports with his children.