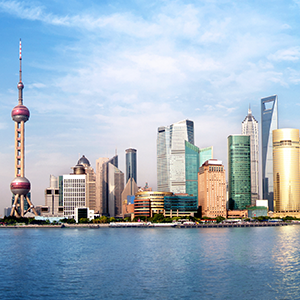 It is a very exciting time of year for Tradewin as we open up our new Tradewin China practice based out of Shanghai. Tradewin China is led by Mr. Johnny Xie, a very experienced consultant with over 15 years of China trade & customs expertise. Johnny will no doubt be contributing blog posts soon!

In honor of the official opening of Tradewin China, I thought it may be good to spend a couple minutes on two current ‘hot’ topics in the world of China trade compliance.

For some years now, China Customs (as well as some other agencies) have maintained a classification system of importers and exporters with ratings ranging from a best ‘AA’ to a worst ‘D’. Ratings were largely determined based on the size of the company and its customs compliance record. Importers were generally rated as a ‘B’ unless they either applied for an upgrade or were downgraded due to non-compliances. Those companies that successfully applied for ‘A’ or ‘AA’ rankings were eligible for various benefits ranging from reduced inspections to ability to use e-clearance.

In December 2014, major changes were announced to the system. Although some details have yet to be announced, the new system appears to take a wider, more holistic view to enterprise risk, similar to AEO programs in other countries. New ratings categories have been announced and specific benefits (or sanctions) have been tied to each rating category.

Interestingly, the new rule also appears to provide for authorized 3rd parties (in addition to Customs) to determine the category ranking. The exact rules for this have not yet been released. Also, importer and exporter ratings will be publicly available as will information on upgrades or downgrades.

I would really encourage companies with China operations to consider applying for an upgrade under the new program as there are real benefits from participation.

Traditionally, goods that enter into a port in China must either be cleared in that port or transported in-bond to an inland port for clearance. ‘Remote’ filing in one port for goods at another port was not possible.

China Customs has begun a pilot program in three geographical zones that will allow importers much greater flexibility in this regard. The three zones are: Yangtze Delta (including Shanghai, Suzhou, Hangzhou), Pearl River Delta (including Shenzhen, Guangzhou, Dongguan), and the Tianjin – Beijing corridor. A shipment that arrives at one port within one of these zones may be cleared at another port in that same zone with the release then sent to the port of entry. No bonded transportation within the zone may be necessary.

This new policy may benefit importers through quicker clearance times and local handling of customs queries. It may also help multinationals cut down on the often very high number of customs brokers that are used in China. One risk that has already shown up however is around tariff classification. With officials in a new port looking at import transactions with new eyes, we have heard of instances where long-standing classifications are now being questioned. It may be a good time to make sure that the national classifications being declared in China are supportable.

Johnny Xie is an expert on international trade and Customs affairs. With eleven years of working experience at China Customs, Johnny has a deep understanding of important Customs procedures and formalities. His research into Anti-dumping, Customs Valuation, Risk Management and Trade Controls benefited China’s WTO negotiations and the efforts of official think tanks.

As an accredited trainer of World Customs Organization (WCO), Mr. Xie has personally trained hundreds of foreign Customs officials on a full spectrum of Customs topics, facilitated the Customs modernization processes in many developing countries.

When he was leading the Regional Training Center of WCO in China, he managed and participated in numerous Capacity Building programs for different Customs Administrations in collaboration with authoritative organizations like WTO, WCO, UNEP, and World Bank etc.
In addition to conducting professional trainings for public sectors, he renders training and consulting services for private sectors as well, for instance, to help multinationals meet their market entry and trade compliance targets. His knowledge and expertise enables economic operators to manage international trade with risks controlled and compliance achieved.

As an administrator of World Customs Organization’s E-learning platform, he managed the first roll-out project in Asia Pacific Area, the accomplishment of which made the premium learning materials available to thousands of local learners.