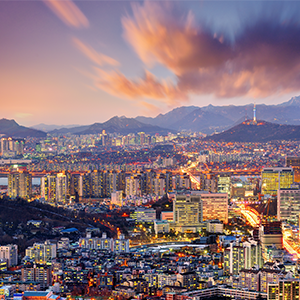 I’m from Massachusetts. I grew up with snow and ice. However, I guess I have lost my edge since I have been living in Singapore for the past six years. At the moment, I am in Seoul Korea celebrating the opening of Tradewin Korea and it’s cold…! It is about 25°F (-4°C), which my head tells me is really not that cold but my body tells me differently. My boss (Boston based) says I’ve developed ‘thin blood’ living in the tropics…maybe so.

Last April I wrote a blog post, ‘Springtime in Shanghai’, celebrating the opening of Tradewin China. I thought it would be appropriate to do the same now that we are opening Tradewin Korea!

Ask nearly any Regional Trade Compliance Manager in Asia which country they are most concerned about and I am sure that Korea will be in the top three, if not first. Korea Customs is definitely one of the most aggressive in the region and it is the rare importer in Korea that avoids audits and investigations for very long. Korea Customs has a very large pool of investigators who focus on FTA claims and customs valuations particularly. If a multinational is going to focus its trade compliance efforts on any one country in Asia; I would suggest Korea.

To add to the concern, Korea can often seem to be a bit of a black box to regional and global trade compliance professionals. People often feel that they don’t really know what is going on there in terms of compliance or when there is a Customs audit or investigation.

Well, being compliance people, we are pretty excited to take on this challenge.

We are thrilled to add Taein to the team and to celebrate the continued growth of Tradewin in Asia and around the world.