Russian Sanctions in the European Union and the United Kingdom

It has been over two months since the start of the invasion by Russia into Ukraine on the 24th of February 2022. As the tensions began to build before the invasion, the Member States of the European Union and the United Kingdom had been threatening to impose sanctions on Russia in the event that they invade Ukraine. Both the European Union and the United Kingdom were quick to enforce the sanctions once military operations commenced.

We have seen that the Member States of the European Union reacted similarly once the invasion started, each taking the EU sanctions and applying them to their national regulations. For instance, the Netherlands stopped all shipments with a destination of Russia to validate if any of the goods would qualify for the sanctions. This brought a halt to any trade with Russia, regardless of commodity. As soon as the Sanctions were released, the reaction from the different agencies who control the export licenses for dual-use and military goods was to immediately begin retracting any export licenses provided to Traders in the European Union and the United Kingdom.

Over the past 30 days, we have seen four European sanction regulations packages and eight amendments to the United Kingdom Russian Sanctions regulations, with the latest on the 14th of April 2022.

The Sanctions cover a wide range of prohibitions covering the following areas:

Finance: There are prohibitions on public financing or financial assistance for trade with or investment in Russia, including investment and contribution to projects co-financed by the Russian Direct Investment Fund. The sanctions also include any new investments in the energy sector or the financing of the Russian government and Central Bank and a prohibition banning all those transactions related to the management of the Central Bank’s reserves and assets. In addition, there are prohibitions on a range of financial interactions, including financial rating services, the provision of euro-denominated banknotes, and the decoupling of certain Russian banks from the SWIFT messaging system.

Trade: A prohibition was put in place on trade in arms and on exports of all dual-use goods and technology items that can contribute to Russia’s defense and security capabilities. A prohibition is also placed on exports of goods for use in the oil industry, maritime navigation, and luxury goods. Lastly, there is also a prohibition on the imports of iron and steel from Russia.

Ultimately, the European sanctions aim to encourage Russia to cease actions destabilizing Ukraine or undermining or threatening the territorial integrity, sovereignty, or independence of Ukraine. However, they can be complicated to understand and undoubtedly fluid in nature. In addition, many of these sanctions have been replicated by the United States, Canada, and others.

For more information, reach out to our Advisory Consultants at Tradewin today. 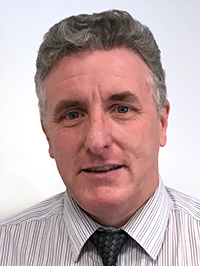 Steve joined Tradewin in 2017. Prior to joining Tradewin, Steve served for over ten years as the Ireland Regional Trade Compliance Manager for a major global electronics company. He has been involved in various projects regarding control program implementation, classification, customs procedures, control Program audits, AEO implementation and IT integration. Steve has over 25 years working in supply Chain Management and brings that knowledge and experience to the Trade Compliance area.