Outlook on Trade: What you Need to Know 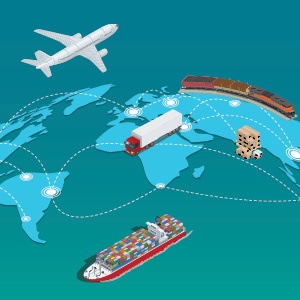 International affairs is on top of everyone's mind these days, especially as a new US administration transitions into power.  Questions about trade agreement, tariffs, and foreign policy swirl, and while no one has the ability to see into the future, a look at the actors, some of their statements, and some of the law behind it all may help companies at least prepare for the future state.

With varying degrees of experience in international trade, this trio will be charged with plotting the strategy and communicating US intentions on trade to the country and the world.

When you are looking at the current state of affairs, it is important to note that there is significant trade with the US’s two closest neighbors, although there are several areas of tension. US-Canada Trade in 2015 was very balanced, with $295.2 billion in imports from Canada, and $280.3 billion in exports to Canada.

Recently, tariffs of up to 24% were proposed for lumber being shipped into the United States, while Canada has long taxed U.S. dairy products and Canadian courts have been invalidating US pharmaceutical patents. Trade with Mexico has also been quite robust, but with much of the talk against Mexico, that country has been trying to prove that they are not reliant solely on the US for trade. We see this demonstrated by an upcoming visit by Mexican officials to China, showing they have other places to which they can export. Mexico has had success persuading China to ease trade barriers on some goods, and it is working to negotiate preferred tariffs with Brazil and Argentina to give Mexico better access to their manufacturing markets.

During the Presidential campaign, NAFTA was cast as “the worst trade deal” ever signed by the United States. Recent language has moderated, with talk of keeping major planks in place when renegotiating it later this year. The treaty allows 90 days’ notice to renegotiate the deal and there is talk that all parties might be interested in adjusting the rules of origin to provide for more territory content.

It must be noted that, while the Executive Branch has unilateral authority to withdraw from NAFTA, revocation of the extensive conforming amendments that enabled NAFTA would require action by Congress. The myriad laws regarding agriculture, the Tariff Act of 1930, user fees, intellectual property, temporary entry, sanitary standards, government procurement, and dispute settlements would need to be modified if NAFTA were completely withdrawn. Moreover, if the United States were to withdraw from NAFTA, the reduced duties in effect would continue for one year after termination, the U.S./Mexico trading relationship would become governed by the World Trade Organization commitments, and the U.S./Canada trading relationship would be governed by the USCFTA (NAFTA’s predecessor).

Some of the other tools available to the Executive Branch under the Trade Act of 1974 include:

There is always the possibility that commerce may impose anti-dumping or countervailing duties on imported goods that threaten American manufacturers. Such measures have already been suggested in the cases of imports of carbon, stainless steel, aluminum, and ammonium sulfate. There is a sense that the US must protect its semiconductor and shipbuilding industries, and imports from Brazil, China, India, Korea, South Africa, and Turkey impact those industries.

There are opportunities for new and better trade deals. While there appears to be a preference for bilateral trade deals over multilateral ones (the rationale given for the abandonment of the TPP), the Transatlantic Trade and Investment Partnership (TTIP) appears to still be on the table. Likewise, the possibility of trade deals with the UK, the EU, China, and South Korea have been raised. Essentially, the trade interests by this Administration appear to be in the areas of breaking down unfair trade barriers in markets that block U.S. exports, protecting U.S. owners of intellectual property, strictly enforcing U.S. trade laws and enforcing labor provisions in existing agreements. As always, the area of international trade bears close study, and companies must be prepared to comment wherever needed on pending legislation or other actions that may affect their particular interests.

Moving Forward: What to look for

As you can tell, the international trade is consistently changing and it is hard to keep up with. Thankfully, we have a team of experts at Tradewin that can stay on top of the news for you. Make sure that you subscribe to TradeLane to ensure that you hear about our most recent blogs as soon as they are posted. 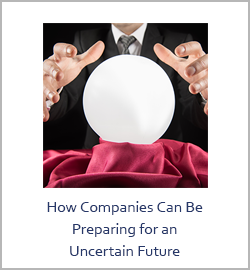 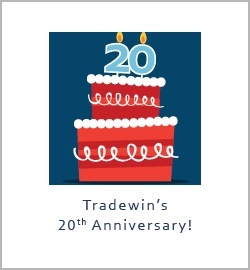 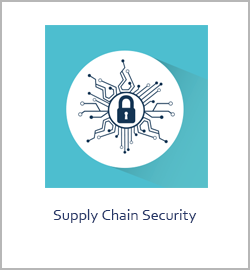 Before joining Tradewin in 2010 as Principal of the US Consulting Practice, Michael had worked for Expeditors for 8 years in a wide variety of management positions including Customs Brokerage Operations, Import & Export Compliance, Freight Forwarding, and Supply Chain Analytics. Michael is responsible for all aspects of Tradewin's global consulting practices in North America, Europe, Asia, and the South Pacific. He has a talent for bringing common sense solutions to complex regulatory scenarios. He specializes in building compliance programs, providing educational seminars and workshops, advising risk mitigation, and implementing duty reduction programs. Michael is a U.S. Licensed Customs Broker. He is IATA/FIATA certified and is a member of the International Compliance Professionals Association. He is a graduate of Boston College with a degree in Economics.