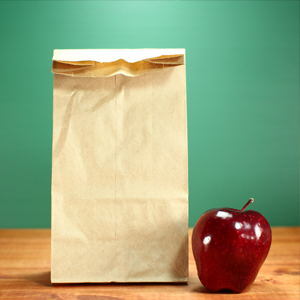 When I was growing up my father had a few signs posted on the door of his office and one that said ‘There is no such thing as a free lunch’. As a young child, I remember being confused by it and once I understood its implication as a teenager I was annoyed by it. It implied that I was going to have to actually do something to get something good. When seeing what often happens with Free Trade Agreements (FTA) usage in Asia, I sometimes think of that phrase and wonder how companies, and trade compliance officers, forget that they have to actually do something to reap the benefits of the FTA.

In the past couple months there have been a few public announcements by Customs agencies in Asia related to investigations into misuse of some of the FTA in the region as well as other preferential duty programs. In Thailand, a special investigation is trying to collect over $400 million USD in retroactive duties and penalties from a couple of global automotive companies. This is an unprecedented amount of money. In India, a global consumer electronics company is on the line for over $45 million USD due to apparent violations of the ASEAN-India FTA.

When I heard of these two cases, I was surprised by the amounts of money involved. However, I was not surprised about the massive amount of FTA related violations that were discovered. Many of the companies that I have dealt with over the past few years have also been enjoying a free (trade) lunch with very little or no due diligence on their FTA obligations.

Here are two examples that I have been involved in recently:

The first example is a specialty electronics manufacturer in Singapore that performs testing and some very light final assembly on products from China and then sells the products throughout the world. The company was wrongly declaring HS codes on import into Singapore, so that it could meet changes in tariff criteria under several Singapore FTAs.

In this case, I guess one could say it was willful ignorance. The company had heard that they needed to meet the change in tariff rule for their product in order to use the Singapore FTAs, so they simply changed the tariff that was declared on import. The problem was that they appeared to have no one currently employed who fundamentally understood what HS codes are and why what they were doing is wrong.

After over five years of employing this policy, a shipment was challenged in Korea and things began to unravel in a very expensive manner.

Next, a global food company in Thailand that imports a key ingredient that makes up over 50% of their finished product cost. The ingredient is made in the United States, but is transited through Singapore. The company was cumulating 100% of this ingredient as ASEAN origin and then exporting out its finished product as qualifying goods under the ASEAN, ASEAN-India, and ASEAN-Japan FTA.

Normally their goods traveled by ocean and would be cleared at the arrival ocean port in India. However, a small urgent shipment traveled by air and was cleared at the airport. It is not clear why, but for some reason Airport Customs was skeptical of their Form AI (the ASEAN-India Certificate of Origin).

So far, the ongoing investigation has wasted a ridiculous amount of management time, required three trips from the EU based Director of International Trade, and the result might be a large penalty as well as clearance delays in the near future, due to categorization as a ‘bad’ importer.

The thing to keep in mind about using FTA in Asia is that the authorities simply do not have the manpower and in any case often lack the training to check the validity of every import and export shipment that is declared under a FTA. The assumption is that the exporter, who is applying for a Certificate of Origin, and the importer, who is benefiting from lower duties, will know and abide by the rules. Don't run the risk of ending up with a large amount of fines. A company can get away with FTA errors and negligence for a long time but eventually that free lunch will be paid for.

If you have any questions, don't hesitate to reach out to our team of Free Trade experts.