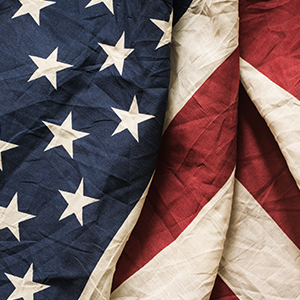 It seems hard to believe that it is November already and the holidays are just around the corner. I awoke this morning to the fresh news of Donald Trump’s somewhat surprising victory despite polls and “experts” leading us to believe the opposite.  I thought it would be a good place to start for my quarterly post.

In my opinion, more important than the result of the election is what comes next. Unsurprising to most, what is said in an election can be different than what is done as President. There has been a lot of discussion on International Trade in this cycle.  More than I can remember since Ross Perot in 1992. We have talked about “The Wall” with Mexico, 40% tariffs on China, the TPP, to a lesser degree the TTIP, manufacturing, and even the need for a transportation infrastructure.

We are now going to find what is pragmatic in all these proclamations as the gears of government slowly, inextricably grind forward. My ask of the President and Congress as we move forward is to keep an eye on maintaining a system where we are competitive, where we can sell in the global marketplace, where we can continue to innovate, and where we protect our environment.

As this all settles in, I think about how much has happened in such a short time. I was reminiscing this morning on my drive into the office about a lunch I had with a customer of mine in San Francisco in the spring where we discussed the probability of TPP. I had said it was 50/50 at best, he had said 80/20 that it would go through. It had the potential to change the landscape and everyone in retail was looking at moving their foreign factories to Vietnam. Those days seem so long ago as I’m pretty confident the deal is dead, or at least under that name. Of course with the Donald, it might just be dead, until it isn’t.

In the mean time, make sure to subscribe to TradeLane and we will make sure to keep you updated on everything you need to know.

Before joining Tradewin in 2010 as Principal of the US Consulting Practice, Michael had worked for Expeditors for 8 years in a wide variety of management positions including Customs Brokerage Operations, Import & Export Compliance, Freight Forwarding, and Supply Chain Analytics. Michael is responsible for all aspects of Tradewin's global consulting practices in North America, Europe, Asia, and the South Pacific. He has a talent for bringing common sense solutions to complex regulatory scenarios. He specializes in building compliance programs, providing educational seminars and workshops, advising risk mitigation, and implementing duty reduction programs. Michael is a U.S. Licensed Customs Broker. He is IATA/FIATA certified and is a member of the International Compliance Professionals Association. He is a graduate of Boston College with a degree in Economics.