Heads up! CBSA is Stepping up Export Rules Enforcement 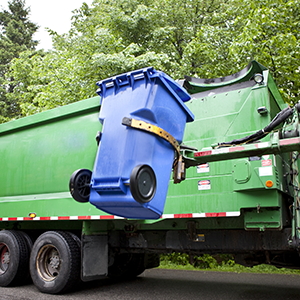 If you grew up as a suburban, middle-class kid in Canada like I did, you probably had some household chores that you were responsible for. One of mine was taking out the trash every week. I’d collect it up and get it ready to put out by the curb. I’d ask my Dad if there was anything else. He would suggest I roll my old car down to see if they would take it. Once it left the end of my driveway, I never gave it a second, though. Our trash, not my car.

Was it bad for the environment? Could it cause harm to someone else? Could it be used to make a bomb? Ok, maybe a little dramatic.

I think some people may look at exports in the same way. Once it’s off my dock it’s not my concern. The lack of enforcement in Canada over the years has facilitated this sentiment. For years exporters would ship their product through the US to Mexico or maybe Miami to be loaded on a ship destined for South America. They would do this without filing an export declaration. For those of you who aren’t all that familiar with exports, you can export from Canada into the US without filing a formal export declaration provided that the products final destination is the US. Like every agreement, there are some exceptions, but the majority of exports to the US don’t require an export declaration. A nice perk of our relationship.

Recently, the CBSA has published some notices stating that they are going to start enforcing export rules. This isn’t a bad thing since the rules have been in place for decades, but never really enforced. There is no export tax in Canada so an exporter’s monetary exposure is minimal. It is one of the few things that isn’t taxed here.

However, there are Administrative Monetary Penalty System (AMPS) penalties for failure to declare amongst other things. These penalties have been around for years too, but again rarely enforced.

Then there are export permits. Try poking through Export Controls Handbook. It’s as much fun as a sunburn. Again, given our great relationship with the US, most items that require export permits for other countries don’t require them for the US.

Let’s say you are shipping some encrypted servers to a country in Africa, but they are passing through the US. You could export them out of Canada into the US without a permit even though they could be considered dual use.

I have noticed that the CBSA has recently stepped up their enforcement on these kinds of things.

No one can afford to have their products seized or stopped at the border because you didn’t provide the correct paperwork. You could end up with some fines or worse…unhappy customers.

Taking out the trash in the 2000’s means separating the cans from the bottles and the “green” compostable stuff. We have to put more thought into it now than when we were kids, but there is a reason. New markets can grow your business into a global company and getting your products to your foreign customers is key. Don’t get taken to the trash by bad paperwork.

If you are concerned that you might get taken to the trash by bad paperwork, consult with our experts. Let us handle the details.