At the end of May, the US Department of State and the White House announced that the US would begin the process of revoking Hong Kong’s preferential treatment as a separate customs territory from Mainland China.

This announcement came in response to the National People’s Congress of China passing a national security law for Hong Kong. While there is a lot behind the actions made by both China and the US, many are concerned as to what the revocation of Hong Kong’s “special trade status” would mean to businesses operating and trading out of Hong Kong.

Under the United States-Hong Kong Policy Act of 1992 (amended by the Hong Kong Human Rights and Democracy Act of 2019), the US treats Hong Kong separately from Mainland China for matters concerning trade and economic controls. This includes economic sanctions, export control laws, antidumping and countervailing duty, as well as other aspects of trade imposed by the US to Mainland China.

To date, no specific details have been announced as to what policies or practices would change for Hong Kong. However, from a trade compliance perspective, we can dissect the potential implications into the following areas:

Hong Kong and Mainland China are currently treated as two separate destinations under US law for export control purposes. Hong Kong administers its import and export systems on strategic commodities. According to the Bureau of Industry and Security under the US Department of Commerce, Hong Kong receives preferential treatment concerning US export licensing and regulations, owing to its status as a cooperating country with multilateral export control regimes.

The actual impact on the trading of strategic commodities between the US and Hong Kong would depend on what policy changes might be proposed if any at all. If the US decides to impose the same export control measures to goods destined to, or departing from Hong Kong ports, there could be detrimental effects to Hong Kong’s status as a trading hub for many technological companies.

The US imposes special tariff measures to Mainland China originating goods. These can be in the form of anti-dumping duties, countervailing duties, or additional tariffs such as Section 301 tariffs on China. The measures apply to mainland Chinese goods provided that they are considered as originating from China under non-preferential origin rules. This means, if these goods were to pass through Hong Kong in its shipment to the US today, such tariffs would still be applicable, as the origin does not change.

Under the US-Hong Kong Policy Act of 1992, the US President may issue an executive order to suspend Hong Kong’s special trade status and its relevant regulations.

However, it is also worth noting that Hong Kong is itself a member of the World Trade Organization (WTO), separate from Mainland China. Being distinct members of the WTO, the US may impose policy changes to Hong Kong to the extent they are consistent with WTO rules. Therefore, multiple considerations need to be made for policy changes in Hong Kong’s “special trade status” to take effect.

There are still many moving pieces as to how this will further develop. Check out our new blog with an update on the situation.

Tradewin will continue to monitor and evaluate the implications of any upcoming developments. In the meantime, if you have any queries or concerns, don’t hesitate to reach out to us. 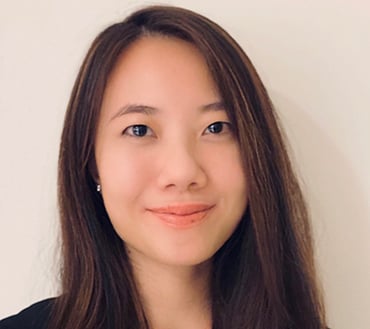 Queena manages our Tradewin Hong Kong team and has over 10 years of AP regional trade compliance experience. In her current role, Queena also supports the Taiwan market, assisting businesses to understand and navigate US Customs requirements. Prior to joining Tradewin in 2017, Queena worked in the customs and trade practice of a Big 4 firm in Shanghai and Hong Kong. Queena has experience in customs defense and planning projects in the areas of customs valuation, origin, duty savings optimization, and supply chain trade compliance management. Apart from strategic consulting, she also manages regional trade operations services that add value to companies’ day-to-day supply chains and overall trade compliance. Queena is a speaker at external events, and has held multiple workshops on regional trade compliance topics. She was a co-author for one of the sections in the book Governance, Risk and Compliance Management in China for German companies. Queena graduated from the University of New South Wales with double majors in Business Economics and Finance. She is also a certified member of CPA Australia.