As Principal for Tradewin’s US consulting practice, Matt brings extensive experience in working with importers and exporters to perfect their compliance operations. He specializes in duty recovery programs, preferential trade agreement qualification, tariff classification, prior disclosures, and audit support. Preceding this role, Matt was Principal of Tradewin’s European practice for five years, based in the United Kingdom. There, he managed a team of consultants across multiple European countries providing both tactical and advisory services for customers. Prior to relocating to the UK, Matt served as Tradewin’s Manager of U.S. Duty Drawback services, and as an Advisory Services Consultant. Matt holds a Master of Arts degree in Diplomacy and International Commerce from the University of Kentucky and a Bachelor of Arts degree in Political Science from Furman University. He is a Licensed Customs Broker and is IATA/FIATA Certified. Matt is based in Boston, Massachusetts.
Find me on:

On July 12th, the UK government published a whitepaper specifying broadly their proposal for a post-Brexit relationship with the European Union. This much-anticipated document outlines the UK Government’s best-case scenario on customs and trade policy after the separation. The below details reflect the UK Government’s desired outcome, not the final agreement between the UK and EU.

END_OF_DOCUMENT_TOKEN_TO_BE_REPLACED

At present, there seems to be a renewed interest in the venerable Winston Churchill in popular culture. Between John Lithgow’s portrayal in The Crown and Gary Oldman’s version in The Darkest Hour, we are presented with a reintroduction to some of Mr. Churchill’s more memorable quotes. One of my favourites is, “There is nothing wrong with change, if it is in the right direction.”

Unfortunately, this quote does not accurately reflect customs duty adjustments based on retroactive changes in transfer pricing agreements.

END_OF_DOCUMENT_TOKEN_TO_BE_REPLACED 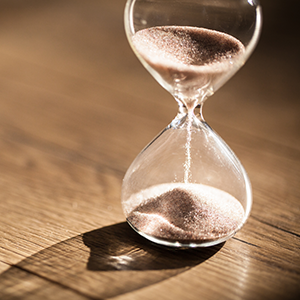 END_OF_DOCUMENT_TOKEN_TO_BE_REPLACED

A lot has happened since the June 24th referendum in the UK to leave the European Union. Surprisingly, there may be more uncertainty now than there was immediately following the vote three months ago.

We’ve since gotten a new Prime Minister, Theresa May, who has formed a government department to manage the negotiation process with the European Union - dubbed “The Three Brexiteers.” The principle architects for the Brexit negotiation are David Davis, the Secretary of State for Brexit; Liam Fox, the International Trade Secretary; and Boris Johnson, the Foreign Secretary.

So, now that we have some clarity on who will be in charge of negotiating the terms of Britain’s exit from the European Union, we should know how the process will unfold and what impact this will have on UK, European, and global businesses, right?

END_OF_DOCUMENT_TOKEN_TO_BE_REPLACED

Previous All posts Next